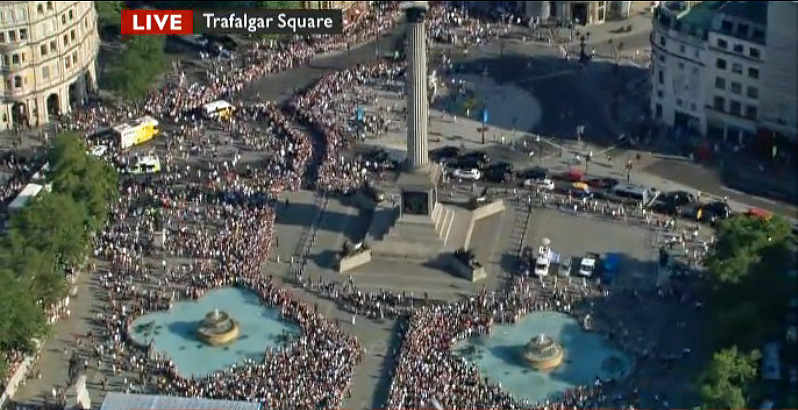 Uxbridge Road in Shepherds Bush made it into Olympic history book today. On the penultimate, 69th day of the London 2012 Olympic torch relay, with torch bearer Sophie Papps changed over to Oyinkansola Towry-Cokerrelay; and the convoy passed by effortlessly via Bloemfontein Road into Uxbridge Road under a hot, 28C summer sun.

A good local crowd turned up and showing their support along Uxbridge Road. Video to follow.

Later in the afternoon, the torch arrived near Oxford Street and the famous street of shopping turned into a stand-still of traffic with waiting fans and onlookers.