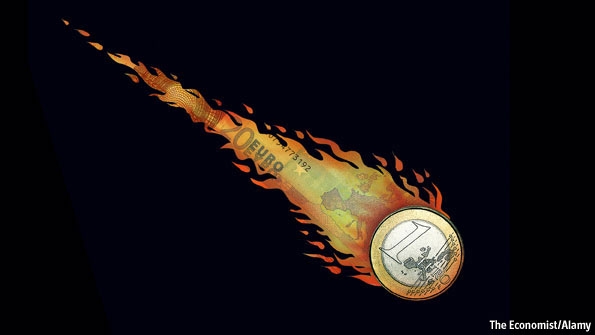 The Euro was treading on very thin ice against the US dollars in the passing week, when it fell to €1.3231 to $1 by the close of Friday.

The euphoria of Greece salvation on 27th October was short lived, and a series of negative signs were played out successively in the news: started with the Italian and Spanish bond auction which saw a painful spike in auction yield, Belgian bond yields that follow surged to 5.85%,  and subsequent credit rating downgrades were issued for Portugal and Belgium.

Fear was soon focusing and amplified by the AAA rated Germany, when the German Bunds auctions fell short of its perceived enthusiasm – with over 39% was excess to requirement and under-subscribed. Though the auction result positioned well within the norms, and the unsold Bunds will (hopefully) be resold later, perhaps under a more lucrative environment. Quoting the German Central Bank commenting the auction result:

“…it wasn’t a failure at all that only two-thirds of the intended €6bn was raised. Underbiddings have occurred from time to time in recent months and cannot be seen as a general mistrust in Government securities.”

Nevertheless, adding Slovenia and Hungary as catalysts in the mix for fear, it seems that journalists, investment institutes and investors had interpreted/digested more than enough bad news from the Eurozone. The manifestation in the form of the EUR/USD decline was apparent. 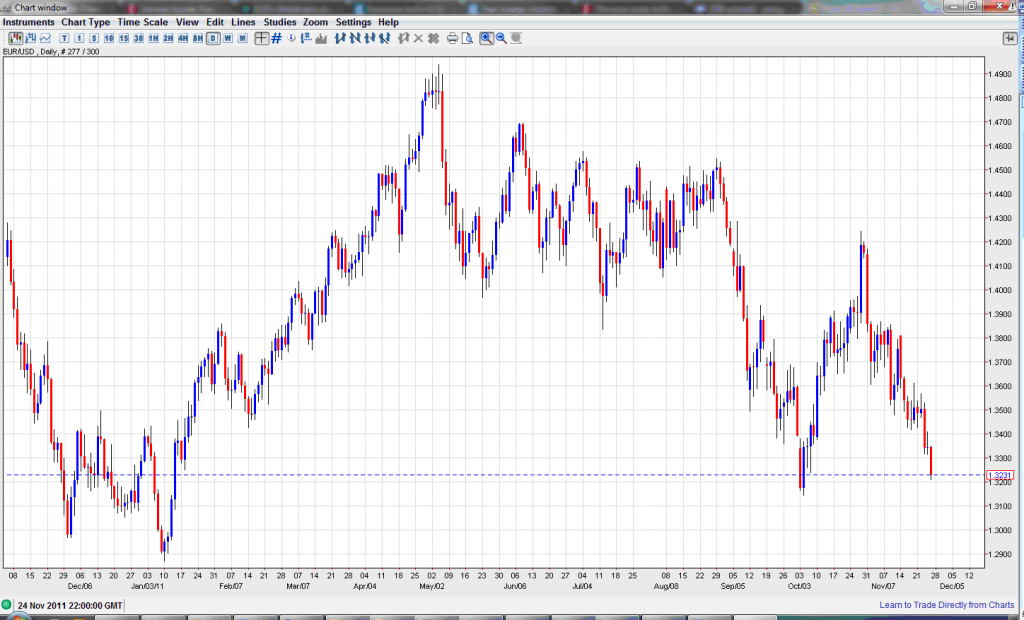 Between a Rock and a Hard Place

Critics argued that Germany has benefited enormously since the introduction of the Euro. Given the current predicaments,  it is only appropriate to contribute to the stability of the single currency that once helped Germany to establish herself in the worlds economic stage. But with Chancellor Merkel’s political career on the line and pressure from her political party backbenchers,  there is no room for sacrifice. Euro crisis provided a good opportunity for Germany to exercise political influence over the Eurozone.

In the Strasbourg summit last Friday, authority was stamped out when Chancellor Merkel said that “strict actions are required by Eurozone governments to abide by the rules of the stability and growth pact setting limits on budget deficits and national debt. These”, she said, “would include automatic sanctions against countries running excessive deficits.” 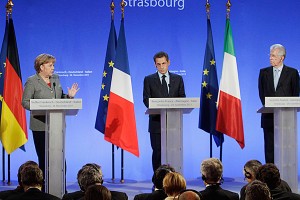 Pragmatic economists speculated that ECB should take stock of the situation, by introducing a massive liquidity injection or a bond purchase program. These options were refused flatly by Merkel. Her opinion is that no amount of ECB spending, either by bond buying or lending directly, would remove the debt pile. She also maintained her stance on the formation of  “Eurobond” to share risk to sovereign debts – citing that Eurobond could dramatically increase interest rates which would disadvantage Germany. 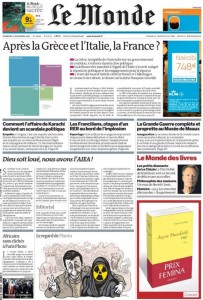 A possible solution would be to write-off certain amount of debts – a “hair-cut” motion chaired by the Portugal president. This idea, however, was not a subject of consideration for France’s President Sarkozy. With a national debt of €1.7 trillion, France is already carrying the debt baggage of Ireland and Portugal.

Her own economic concern was headlined by the “Le Monde” newspaper on 11 November: “After Greece and Italy, France?” A debt write-off would demote France’s credit rating overnight, and would certainly terminate Sarkozy’s career in the impending re-election.

The IMF has already offered its extended credit lines to troubled countries as a gesture of good will.  Just like any other loan, it can only resolve short-term liquidity problem,  but long-term solvency problem for countries such as Greece require a completely different approach. 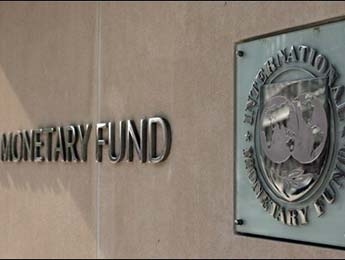 The EFSF – with a notion value of €440 billion, thought to be boosted to €1 trillion, is due to be signed off by Finance ministers on Tuesday. There is skepticism on its effectiveness when applied to PIIGS.  More worryingly it remains unclear that whether EFSF would reach its expected €1 trllion firepower target without addition external source of funding.

One comment from an internet forum reader hit the bullseye target :-

“The IMF is not a “shakable money tree” to bail out a solvent currency that actually requires hard decisions apply to its monetary union and political unity.”

With the world’s largest foreign exchange reserves over $3 trillion, China,  quite rightly, expressed lukewarm eagerness to inject money directly or indirectly to support the Eurozone. 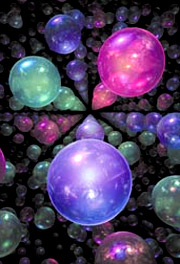 “To resolve the euro zone’s debt problem, Europe still needs to rely on itself.” Chinese President Hu Jintao said. In all fairness it is a European problem and it calls for a European solution.

Cynics say shrewdly that China is “…not a source for silly money.”  Besides, how can the Chinese government to explain to their citizens that one of its largest trading partner is practically bankrupt?

Consider this for a moment – imagine being in a “sci-fi”, Everett-ique quantum parallel world, where it is China who is facing a knife-edge financial melt-down, it would be controversial for the Eurozone to come to an agreement and to intervene with the Chinese monetary system.