The cost of renting a home is rising as “reluctant landlords” sell-up in the recovering housing market, various surveys have suggested. 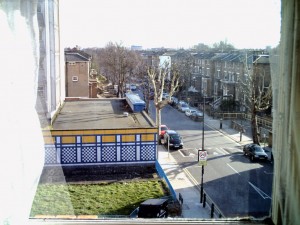 Rents in England and Wales rose by 0.5% in July compared with June – the fastest rate in a year, according to letting agent LSL Property Services.

The number of homes available for tenants fell during the same month, according to website Findaproperty.com.

Reluctant landlords are homeowners who are forced to let rather than sell.

Over the past 18 months the choice for tenants had expanded as homeowners who had to move, or who did not want to sell at a loss, rented their home out rather than selling it.

“Many sellers were left with little option other than to rent their properties out earlier in the year but this trend seems to be slowly diminishing,” said Ian Potter, operations manager of the Association of Residential Lettings Agents.

Landlords currently find themselves in a relatively strong position, according to LSL Property Services’ analysis of 18,000 homes.

As well as rental income rising, the value of their properties is also picking up again. In addition, the number of tenants in arrears fell in July, and landlords are filling their properties quicker.

Rent levels were rising fastest in London and the south-east of England, the group found. Across England and Wales the average rent was still 4.5% lower than at its peak in August 2008.

A separate survey by the Findaproperty.com found that the average UK rent rose to £829 a month in July, up £4 on the previous month. This was the highest level for six months and the third consecutive monthly rise.

It said that demand for houses to rent was increasing, but there remained an over-supply of flats.

The number of houses available to rent declined by 16% since February, it said, but there were 13.4% more flats available than six months ago.

Tenants who might be looking to get onto the housing ladder as first-time buyers are still struggling to get a mortgage if they are unable to put down a relatively large deposit.

“You probably need to be looking to 25% to 40% deposits now, which is a lot higher than we used to see,” said Mark Baker, head of research at LSL Property Services.

“That really is the key to the whole housing market, and economic recovery, as we need to see the banks loosening the purse strings and allowing us some access to some of that government cash that they are all awash with.”